27 JulNot all switches are created equal

I had a customer who’s network was constantly dropping out and having all sorts of weird issues.
Upon initial investigation it seemed that all computers were linked at 1gb and all the switches were advertised as 1gb also.
(1 was an edimax and another TP-link)

So whats going on? 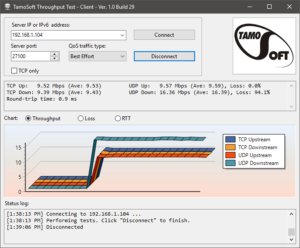 Horrible. It was apparent that the network despite 1GB connection doesn’t mean you are going to get anywhere near that.

So I swapped out a switch for a Draytek router, just as that’s what I had on hand at the time and just to get a proof of concept for the client to give the go ahead for new switches. 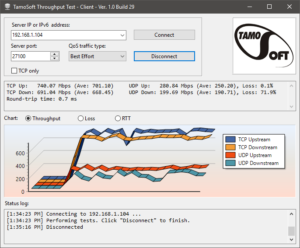 Straight away we saw a massive improvement and was more than enough to get the client to sign off on the new switches.

We changed them over the next day and has been running rock solid since.
Their internet speeds also increased dramatically also despite being ADSL2+

Anyways, file shares are now accessed nice and snappy and MYOB, well. MYOB is still MYOB, but at least its usable now.

Are you experiencing issues signing in to office 365? Check out our guide to secure your account with Multi-Factor Authentication.